The Dos and Donts of Pronouns in the Workplace 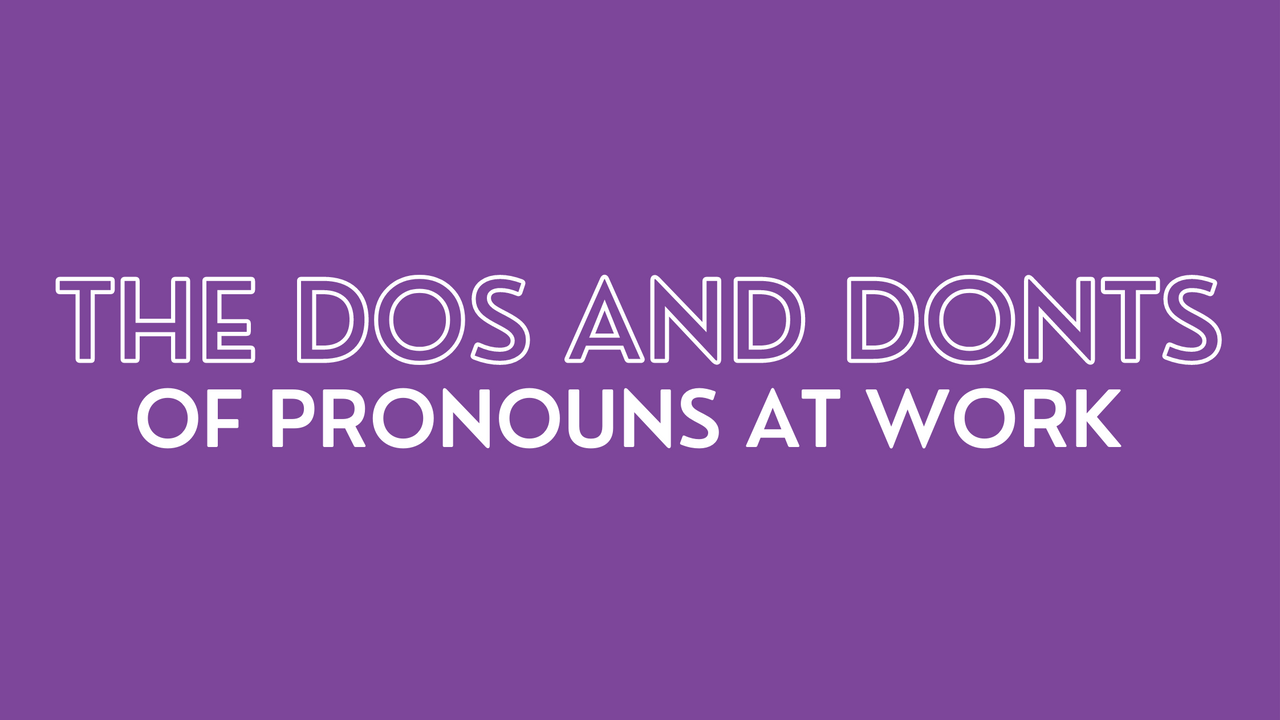 Misgendering runs strong in the straight community but if you've found this blog post, chances are you are here intentionally and are willing to receive this information.

For that, we thank you.

Our team is asked to explain pronouns and their usage almost daily so we thought it was time to put pen to paper on this topic. Think of this as your 101 guide to using various pronouns, leading conversations/introductions with YOUR pronouns, and a how-to guide on generally how to be a champion for inclusion of all identities.

This guide particularly caters to the work environment but is applicable in all places and spaces.

At work, it is more important than ever to honor pronouns for all employees. Whether you are a part of the community or not, including your pronouns in all of your work (in your email signature, in presentations, in conference calls, etc.) is an easy, free and low labor method of increasing inclusivity and reducing harm.

According to a study by the Human Rights Campaign, 46% of LGBTQ+ workers say they are closeted at work. Let that stat sink in a bit. Nearly half of all LGBTQ+ employees report that they are not able to be their authentic selves at work. Why? The same study shows that LGBTQ+ workers believe if they were to report to HR that nothing would be done about it. They fear that the only outcome would be damaging relationships with coworkers.

As a result, we find that LGBTQ+ employees are statically more depressed, less productive and majorly unhappy at work. All because employers are struggling to understand basic terminology, make simple strides toward inclusion and put pronouns at the forefront at work.

Lack of action echos just as loudly as real action and the LGBTQ+ community is hyper aware of both.

If you've made it this far, we're willing to bet you're prepared to be a catalyst for change. So let's dig in.

Here are the Dos and Don'ts of pronouns usage in the workplace: 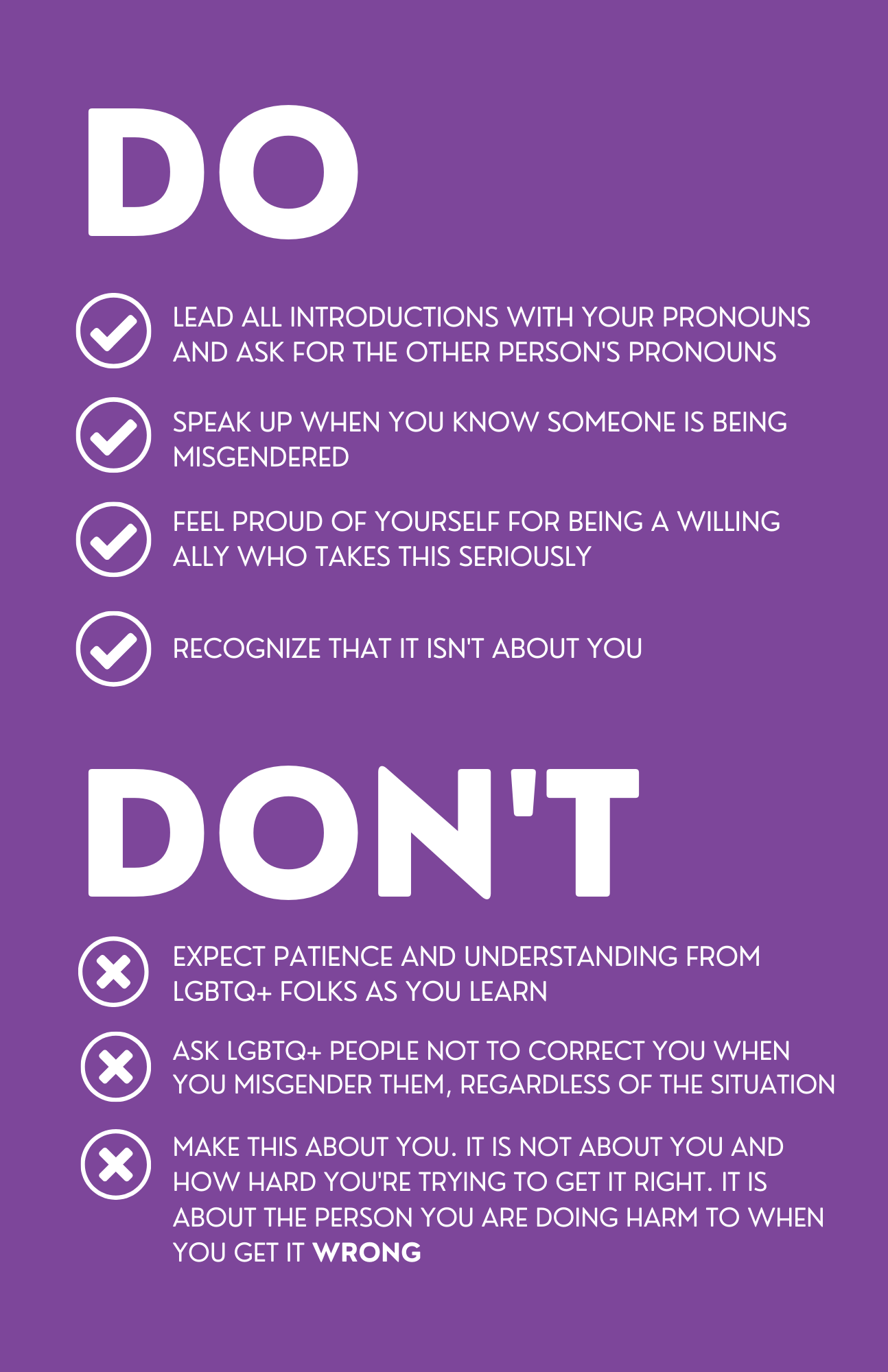 In simply reading this article, you have served as an agent of change. We hope you'll take these guidelines with you as you grow in your company and in your allyship. Please continue to learn and advocate for your LGBTQ+ employees and coworkers. They say it takes a village and we are honored to have you as part of ours as we work to build more inclusive workplaces.